Home > Books > In The Details (The Statford Chronicles Book 2) 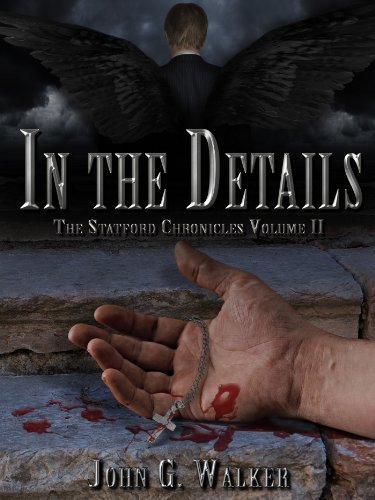 When a priest is murdered, it's up to the private detective to the gods to prove the Devil didn't do it.

Private detective Tom Statford has a problem. A priest has been murdered in Hampton Roads, Virginia. That’s bad. His killer is claiming the Devil as an accomplice, sending the forces of Heaven after the fallen angel. That’s even worse. Lucifer comes to Tom to proclaim his innocence, which makes Tom’s life more interesting than it needs to be, and he’s the only one who can prove the Devil didn’t make the killer do it.

But who would believe the Prince of Lies?