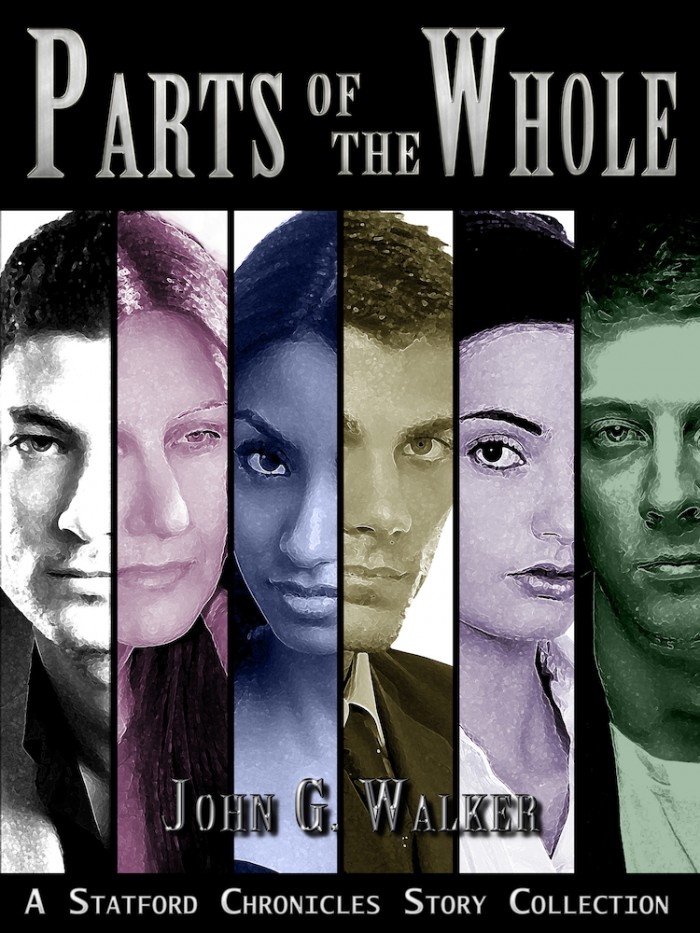 Parts of the Whole, by John G. Walker

This one was a bit more straightforward than the last cover I did for Mr. Walker. This particular ebook will consist of six short stories involving the characters auxiliary to the main protagonist of the Statford Chronicles. As such, I took a more representative approach to the cover, opting to go with character shots instead of story elements since there are six separate tales.

Usually when I’m doing covers with characters I compile a set of possible images based on author-provided descriptions and let the author choose which one best shows what they had in mind. This was the approach I took with this one, narrowing it down to two or three choices per character before sending them to Mr. Walker because there were so many people to show here. The only exception to that was the man that appears in the green toned frame. I found that shot and immediately knew it was spot on. Fortunately, Mr. Walker agreed with me.

After selecting the photos, I asked what colors each character brought to mind. Based on that feedback, I created a strip of color overtop of the image and applied a blending mode to create the effect you see above. Additionally, I had to adjust the brightness and contrast on each photo to give them all a consistent look, excepting (again) the green block as it needed to be much darker than the rest due to the character’s traits.

I’m currently working on another cover for Mr. Walker, the second novel in the Statford Chronicles.