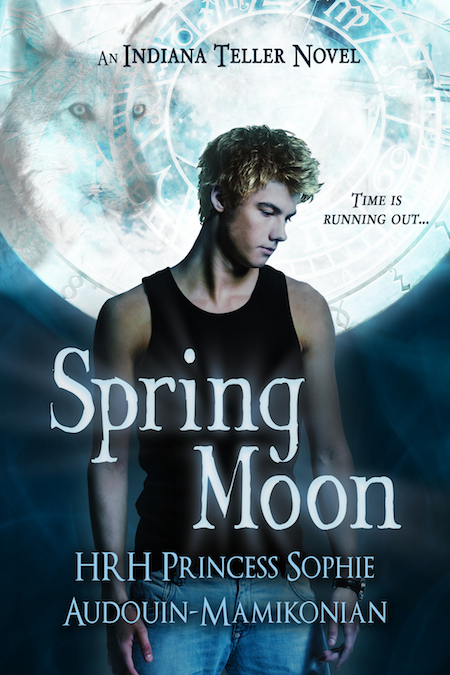 “Amid the expansive plains of Montana, the Lykos Ranch stretches for miles. The inhabitants who live in near isolation from the outside world are members of the most powerful clan of werewolves in North America. Among them lives just one human: Indiana Teller.

Grandson of the clan’s leader and offspring of a werewolf father and a mysterious yet human mother, Indiana is rejected by his peers and heads to the University of Montana to find a normal life. Despite warnings from his grandparents, he falls in love with a beautiful human, Katerina.

Before too long, he is the victim of an accident that would have killed him had he not miraculously vanished at the moment of impact. Are these strange occurrences just chance or the machinations of a hidden enemy out to destroy him? Facing his destiny, Indiana will have to choose who to believe, and who to love.” (from the description from Entangled Publishing)

END_OF_DOCUMENT_TOKEN_TO_BE_REPLACED 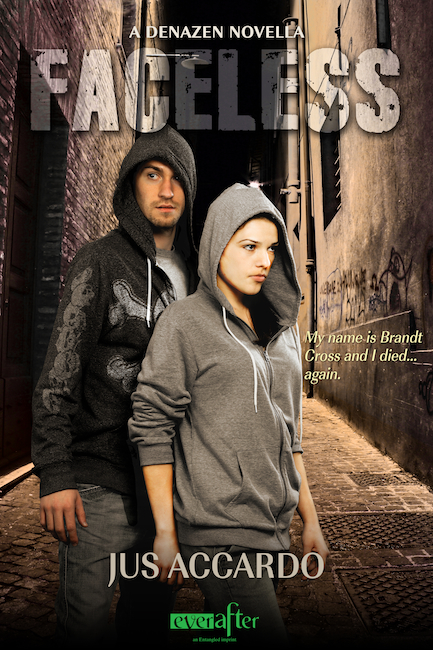 “My name is Brandt Cross, and I died. Again…

I’m living in the body of a Six named Douglass Cain, a certifiable scumbag whose ability is on Zendean Industries—AKA Denazen’s–most wanted list. There’s some serious bad going down, and Ginger, the leader of the Underground, sent me undercover to obtain information because people are dying.

My cousin, Dez, is dying…

Denazen thought they’d found a cure for the Supremacy decline, but they were wrong. That’s the bad news. The good news? Franklin Wentz.

Wentz, the owner of a genetic research company, is brilliant and just a little bit crazy. He’s unwittingly created a formula that may cure the sick Supremacy kids, and everyone wants it—including Devin, the super hot Resident.

Get the formula. Save the day. Don’t fall for the hot spy. Piece of cake.”  (via the description on Amazon.com) END_OF_DOCUMENT_TOKEN_TO_BE_REPLACED 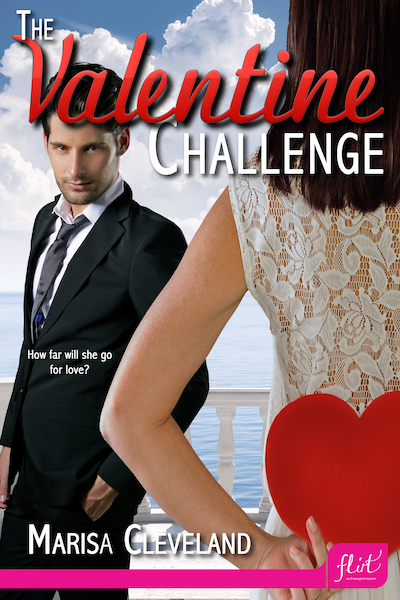 The Valentine Challenge, by Marisa Cleveland

Intrigued by Stacey’s devotion to her friend, the hearts and flowers holiday, and belief in true love, Marsh issues a challenge – prove love exists or deliver the closing documents to her friend herself.

Stacey never could resist a challenge, but when Marsh makes Valentine’s Day the deadline for their deal, Stacey must decide how far she’s willing to go for love.” (via the description on Entangled Publishing) END_OF_DOCUMENT_TOKEN_TO_BE_REPLACED 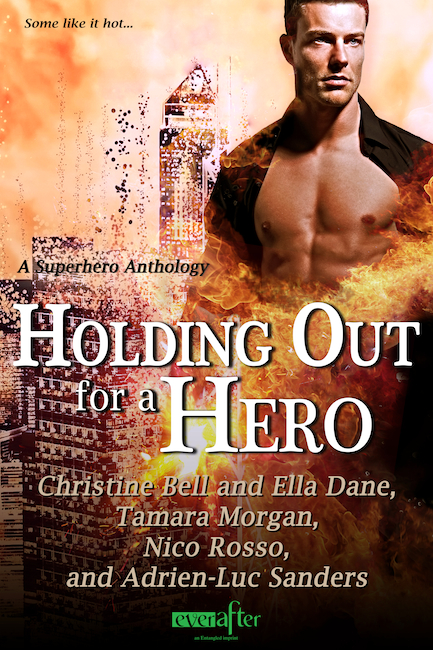 Holding Out For a Hero, A Superhero Anthology with stories from Christine Bell and Ella Dane, Tamara Morgan, Nico Rosso, and Adrien-Luc Sanders

After five years in training, it’s finally time for Scarlett Fever and her fellow superheroes to leave the United Superhero Academy and test their powers out in the real world. There’s only one problem. She’s been assigned to partner with arrogant, by the book, and irritatingly hot, Blade of Justice.

Blade’s whole life has gone according to plan, and he’s more than ready to move on to the big time, protecting a metropolis of his own. But his perfectly ordered life is derailed when he’s teamed up with the fiery maverick, Scarlett Fever.

Sparks fly the moment they arrive in Plunketville, Oklahoma, as they each set out to force the other to request a transfer. They soon discover there’s more going on in this single stop-sign town than blowing up mailboxes and cow tipping. If Scarlett can get Blade to listen to his gut, and he can teach her to use her head, they just might have a fighting chance. END_OF_DOCUMENT_TOKEN_TO_BE_REPLACED