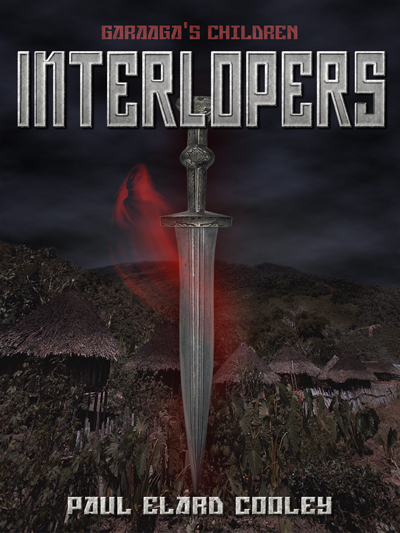 “They fought in his wars. They were the best of his army. But now, Alexander the Great has exiled the last of his Scouts to wander the Indus Valley and find their fate. Fighting disease, strange animals, and a hostile climate, the four remaning scouts encounter something as deadly as it is beautiful. “ (via it’s page on Amazon)

This is the second cover in the Garaaga’s Children series I’ve done, and I hope to do more of these in the future. I decided to continue using the Tarot as inspiration for these covers, and this one comes from the Ace of Swords. To keep the visuals consistent with Lovers, I kept the same layout and text as the last one; landscape, eerie sky, single central figure dominating the center, but instead of stone went for steel/iron for the font texture.  After establishing the look with Lovers, pulling this one together went pretty quickly. Finding the right sword for the job was the tricky part, as it needed to be a Roman sword. You don’t think of all the different kinds of swords there are out there until you need a specific one!

This image was created completely in Adobe Photoshop CS4.