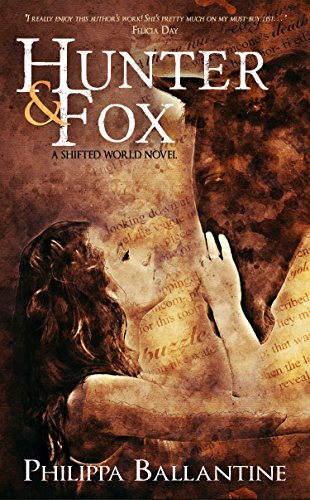 In an ever-changing land, can two unlikely heroes restore peace and order to a place one a haven from other worlds?

The world of Conhaero is in constant flux; mountains can change to plains and then to lakes in a matter of weeks. It is a place where only the most adaptable can survive, but also a refuge to people from other worlds seeking peace—but nothing is as it should be. The native protectors of the realm, the Vaerli are scattered and cursed. The Kindred, the spirits of the land, who once held a pact with them, have disappeared.

Now the Caisah, and his own alien magic rule the land, controlling the peoples and hunting the Vaerli. He also holds the leash of Talyn.

With the promise of freedom for her people, Talyn has become his hunter. She seeks out her enemies because she thinks it is the only way to save the remainder of the Vaerli, but she is a wreck of a once-proud person.

When she is given the task of hunting down Finn, she cannot know the changes that will follow. As teller of tales, Finn carries his own dreadful secret and has his own mission.

For the Kindred are finally moving, and the Vaerli have a chance at redemption and freedom. If Talyn and Finn can find a way back through the past, and into the very heart of this shifting land, then perhaps old wounds can be healed, and the Caisah defeated. Maybe Conhaero and its people can find a new kind of peace.

This edition now includes the never before published short story, Dragonsoul, set before the events of Hunter and Fox.